For the first 19 years of my life, I had always been swimming with the flow. Never been a troublemaker yet never have been thinking of doing something beyond what the daily life, my society, my surroundings and my geographical location was walking me through.

I had built up a warm and safe house on my head where I was perfectly comfortable and fine.

One day in the middle of Spring 2014 I received an email; one of my friends had registered me for an information session about some internships. I went there, attended an assessment center and a few days later received an email telling me I’m accepted to go on an internship with the biggest youth run organization in the world.

I started applying for the opportunities; the first country that accepted me was India and I didn’t have many choices as the projects were almost all full by that time. Once again, my family, my friends, the warm and safe house on my head were all calling me to stay, were telling me that I was fine. That there will come another summer, another holiday, other opportunities, safer countries. This time I decided to go over my comfort zone. Not to wait for the next Monday, the next summer or the next year to do something. Once I knew I wanted to do it, I could stand up and tell everyone I’m going to India and so I went to India.

There I was living with 30 people from 20 different countries from Brazil to Japan. We were teaching English to poor children. I was part of a path for those children. I was partially a reason for the sparkles in their eyes; but this is not all that journey was about. It amazed me about the world, about people but more than anything I was amazed by myself. Waking up in a hospital in a city I didn’t know where I was told that I’m sick and I should spend the night in the hospital but it’s not safe for me as a girl to do so or communicating with children who didn’t speak a word of English.

There I was seen as a whole country and yet we were a global family; beyond nationalities, beliefs, and backgrounds. That journey showed me another side of myself. It didn’t change me in a blink of an eye but it took me to a new path. Gave me the chance to gradually build up my own way of living.

After I came back, I joined AIESEC to have a part in giving the same opportunity to other young people in my country. After one year, I decided to go on my second internship; In Poland. Making art workshops and doing creative activities with children.

This time I was the one sending myself on internship. This time I knew what I wanted to get out of that opportunity and I was much more prepared mentally how to get the most out of it. I made deeper friendships, I challenged myself more and I took many more things back in my pockets into my daily routine. I have to say these 2 internships were like eating Sushi for me. the first time you spend a lot of time and energy to learn how to hold the chopsticks and the times after you start actually enjoying the food. These 2 journeys haven’t finished for me in those 6 weeks. They have given me friends and lessons for a lifetime.

Some highlights I took from these two experiences:

What you do MATTERS.

It’s a very simple sentence but we rarely put it into consideration. Every action we take, every step, every conversation, every story we share, makes a difference. Makes a change in a life even if it’s so small; makes a ripple effect and gradually changes something in the world.  I was part of better education for those children and that matters.

Peace is not necessarily what you find in the newspaper; You can even experience it in your living room.

I was often asked about the war in my country which didn’t exist; I was asked if women in my country can study, vote or drive which they perfectly can do all these things; If we ride camels in the streets while I’m living in a city with 6 lines of metro and there are almost 66 million cars in the country’s streets or if I have ever seen snow in my life while we experience snow  and people  go skiing every winter. I was also raised up with a lot of stereotypes about neighboring countries and unspoken words about many other countries and cultures. What happened was that I was given a chance to show another face of my country and see another face of other countries beyond the borders; beyond what morning news says; beyond what I have been told in geography classes. That at the end of the day no matter where we come from, we are human beings and there is something stronger than our genes to connect us.

Many of those very people who actually were asking me about the war in my country, visited me in Iran and hosted me in their houses in the next months and years.

You are always on the edge; One decision away from a totally different life:

Just raise your hand and remember as long as something makes you scared, makes your heart beat faster and makes you feel uncomfortable, most probably you should go for it.

Rana Boloorchi, a member of the national team of AIESEC in Czech Republic, who went on volunteering internship Global Volunteer to India and Poland.

You can delete this user to remove all the welcome posts 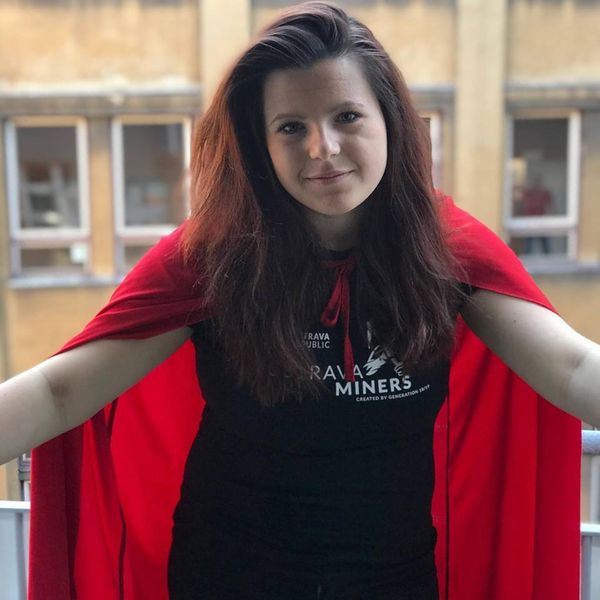